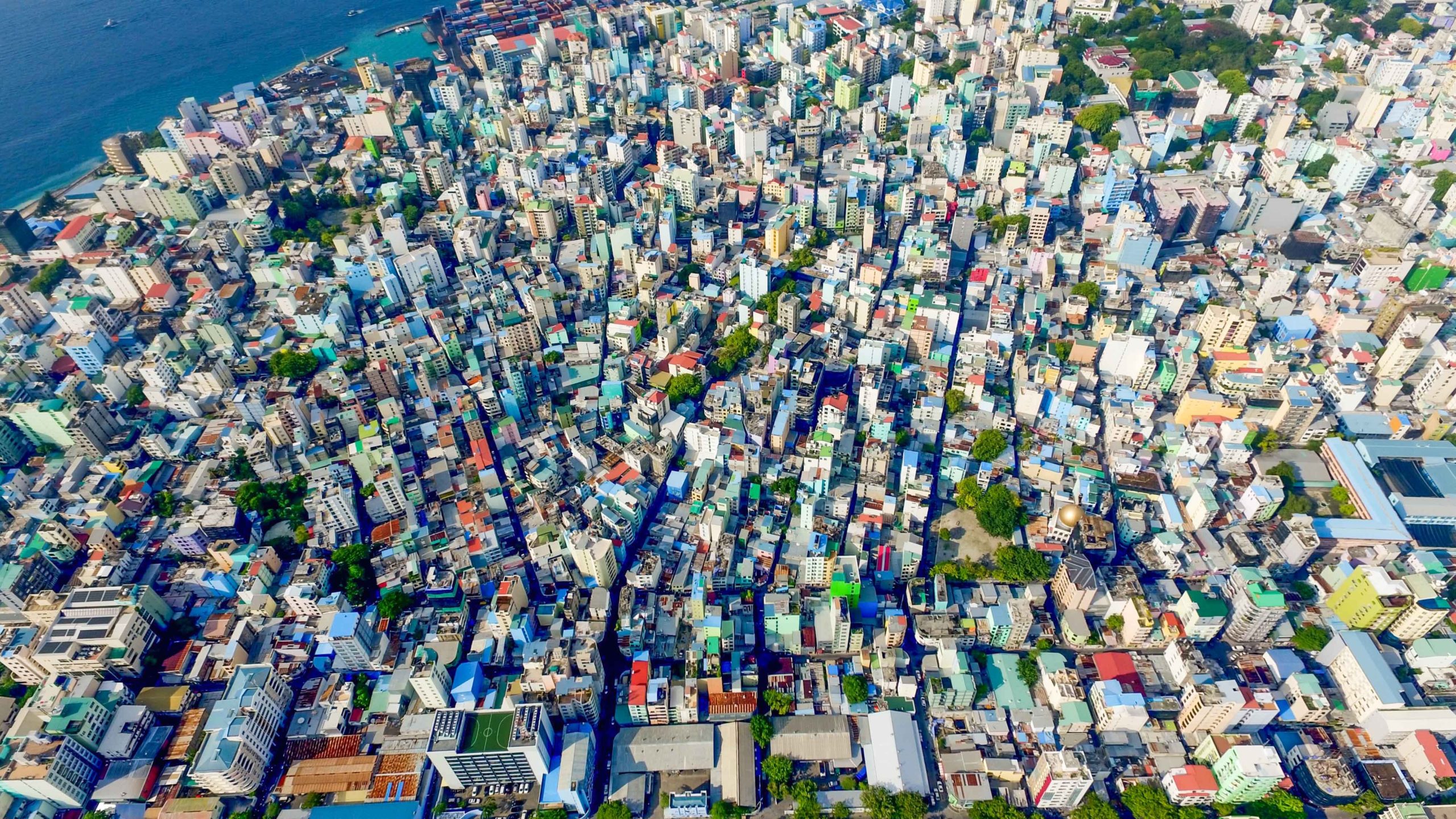 It goes without saying: the bigger the Super Bowl party you have in mind, the more nachos and garlic shrimp you need. The same idea holds on a global scale. As world population continues to soar, we will all need more goods and services than ever before. And with record numbers of people moving to cities, we will be challenged to deal with not only delivering products in increasingly congested urban environments but also dealing with the mountains of waste that result.

The world’s population has rocketed from 1 billion people in 1800 to 7.7 billion in 2019. Further, it’s anticipated to reach 9.8 billion by mid-2050 and 11.2 billion by 2100. Population growth has led to rapidly escalating resource extraction. A report produced by the International Resource Panel (IRP), part of the UN Environment Programme, reported that rising consumption driven by a growing middle class saw resources extraction increase from 22 billion tons in 1970 to 70 billion tons in 2010. And as the citizens of developing nations aspire to a better standard of living, the toll will rise even higher.

One graphic example of our collective over-consumption is Earth Overshoot Day — the date when humanity’s demands on nature exceed what analysts estimate the Earth can regenerate over the entire year. Calculated by the Global Footprint Network, the group pegged July 29 as Earth Overshoot Day for 2019, the earliest date on record since the Network began ecological overshoot began tracking in the early 1970s.

The strain of world population growth can exacerbate issues such as climate change, migration and refugee crises, food and water insecurity, poverty, disease, and more. We have no choice but to plan for a world that will clamor for more resources than ever before, and unless our approach to production and consumption changes, reach new high-water marks for both resource extraction and waste generation.

Meanwhile, urbanization is also on the rise. Urbanites accounted for just 10% of the global population in 1800, but that share is now up to 55% and rising. In the U.S., over 80% of people now live in urban areas. This demographic presents new logistical challenges in meeting the needs of residents. As congestion increases, supply chain operators increasingly look for innovative solutions to deal with delivering goods through congested streets and best practices for avoiding the ensuing deluge of packaging waste.

Reusables can help ease the strain on natural resources

Reusable packaging can help. Let’s start with how it can reduce the need for resource extraction. Reusables do this in two critical ways. First, as a packaging system designed for repeated reuse, reusables avoid the requirement for producing a new disposable package for each shipment. A reusable container will last dozens or often hundreds of uses. On a per-trip basis, reusables require significantly lower levels of resources such as fossil fuel and water. And at the end of their useful life, reusables can (and almost always are) recycled to produce new reusable packaging products.

The second critical area where reusables help avoid resource extraction is through better physical product protection and airflow. Studies have shown that reusable plastic containers (RPCs) provide superior ventilation and more uniform cooling of perishable goods, thus extending their shelf life and reducing food waste. For example, a 2018 study conducted by Dr. Lippert Quality Management, a perishable food consultancy that is a spin-off from the respected University of Bonn (Germany), found that RPCs can extend the freshness of fresh vegetables up to four days versus disposable packaging. Ruggedly built reusables are also widely recognized for their ability to provide superior product protection versus disposable packs, thus eliminating the resource extraction associated with the replacement of parts or products damaged in the supply chain.

Reusables also help reduce the solid waste associated with disposable packaging. According to IFCO, its RPCs generate 86% less solid waste than single-use alternatives. Case in point, Kroger stated in 2016 that the use of RPCs helped the company eliminate more than 73,000 tons of waxed and corrugated boxes.

As urban density and world population increases, the role of reusables in reducing trash will be critical. And more recently, the reusable packaging model has been extended to consumer products packaging through the Loop initiative. This promising solution involves a partnership between Terracycle, UPS and several leading brands. It holds the promise of further waste reduction.

Reusables also increasingly offer logistical benefits for urban deliveries. For example, reusable packaging systems designed explicitly for small-format urban stores have been proven to speed up delivery times and get trucks back on the road. This outcome helps mitigate congestion while minimizing disruptions for shoppers. There are several examples of offerings designed to expedite urban delivery. These include smaller footprint pallets, custom material handling equipment to handle them, as well as roll cages and roll pallets purposely built to easily navigate doorways and store aisles.

World population and urban density are both rising. In our hopes for creating a world of abundance, now is the moment to revisit our intentions for resource conservation and waste elimination. It’s time to invite reusables to the party.