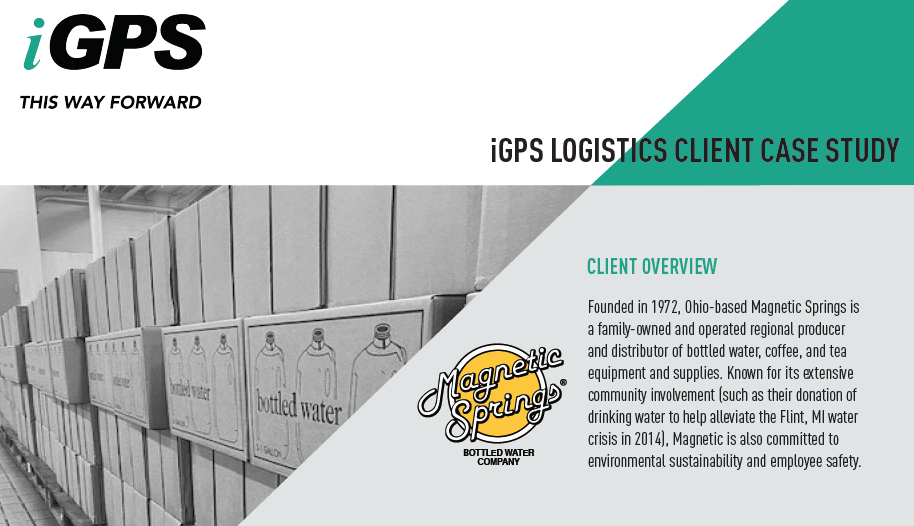 Founded in 1972, Ohio-based Magnetic Springs is a family-owned and operated regional producer and distributor of bottled water, coffee, and tea equipment and supplies. As a major manufacturer and distributor of top-quality water products, Magnetic Springs delivers its products on tens of thousands of pallets annually. The company previously used standard wood-block pallets, but faced numerous issues. Magnetic Springs’ leadership team is committed to reusability and recycling. So, when Magnetic had an opportunity to work with iGPS Logistics, the nation’s leading
provider of recyclable pooled plastic pallets, they believed this was a major step toward meeting their reusability goals. Due to the success of the program, Magnetic Springs is now annually shipping more than three times as
many iGPS pallets as originally anticipated, to major retailers that include Walmart and Kroger. According to Magnetic Springs’ leadership team, many of the significant challenges they previously faced have been eliminated. Download the case study.